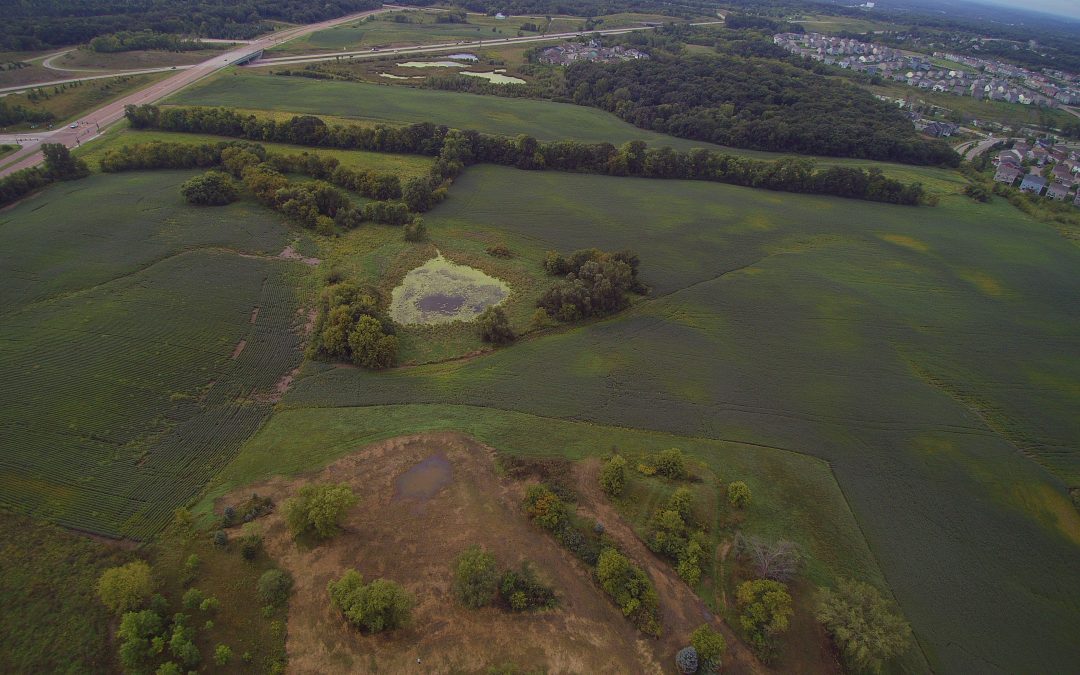 The Chanhassen City Council got an early look at possible plans for a 120-acre mixed-use development on Oct. 24 when Level 7 Development introduced the project at a work session.

The development, called Avienda, would be at the corner of Powers and Lyman boulevards on a parcel of farmland, a half-mile southeast of Chanhassen High School. It would likely include entertainment, major retailers or department stores, boutiques, restaurants, hotels and housing, such as row houses, townhouses or senior housing.

“What we’re hoping to see out of this is your clothing store, your shoe store, your specialty boutiques,” said City Manager Todd Gerhardt. “Where downtown Chanhassen is more service-oriented,” he said, “this would be more upscale.”

The center would ideally draw customers not just from Chanhassen, but also from the western suburbs as a whole, Gerhardt said.

This is the second attempt at building retail space, offices and housing on the site. In early 2015, developer Scott Carlston brought plans for a similar project called the Quadrant to the City Council. The city was worried then because the land was owned by two different entities and there was no overall plan. The project soon fizzled out, Gerhardt said.

This time, two landowners are banding together to create one uniform development, Gerhardt said.

Based on reactions to the previous development, there’s demand for amenities like a hotel, high-density housing for families and medical offices, said Mayor Denny Laufenburger.

“I would say there are many residents in support of it,” the mayor said. “I wouldn’t say all of them are.”

On the upside, Laufenburger said, “There’s going to be a lot of jobs there. And Chanhassen residents want jobs.”

Developers said the project will have its challenges, including managing stormwater and the many wetlands that could require alteration.

There are four or five wetlands on the property, Gerhardt said, including two significant ones. He noted that wetlands can be addressed in a number of ways, adding that it’s best to try to avoid them altogether.

The developer would like to keep some wetlands and relocate others.

Council Member Elise Ryan cautioned that some Chanhassen residents care about environmental issues and protection of the nearby wetlands could be a concern.

The previous developer commissioned a 2014 market retail study that was also used to guide this project, city documents said. That study showed that the area could support between 825,000 and 1,120,000 square feet of new retail and commercial space and noted that the area is growing. Local households had an average income of $103,006 in 2014, about 20 percent above the Twin Cities average, demonstrating an unmet need in the community, the study said.

The city’s planning commission reviewed the project Tuesday. At that meeting, residents brought up concerns about traffic and the wetlands’ fate, as well as their hope that the buildings would have a “high quality” look, Gerhardt said.

On Nov. 28, the City Council will examine the proposal, give feedback and decide whether to direct city staff to prepare what’s known as an Alternative Urban Areawide Review, a planning tool local governments can use to understand how different development scenarios will affect the environment of their community before the development occurs, according to the Minnesota Environmental Quality Board.